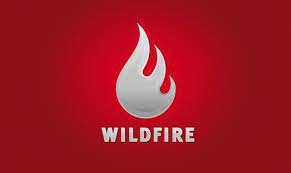 Facebook is hot-hot-hot and the name of the game is to attract fans!  Promotions are one way to fan the flame…

Facebook’s promotions guidelines are restrictive and tricky.  They pretty much point you in the direction of a third party application to facilitate any contest, sweepstakes, or coupon promotion on Facebook.

There are a good number of  application choices to choose from, but Wildfire App seems to offer a good bang for your buck.

Wildfire App markets themselves as “the Promotion Builder for Brand Marketing on the Social Web,”  to get more leads:

Some of the companies boasting their use of Wildfire App:

So for small businesses and marketers looking to attract new customers with social media marketing, those mentions can really light your fire!

As I described in a previous post, I was jumping through fire rings – so anxious to give Wildfire App a whirl!

During January and February I ran a Facebook promotion for Romantic Endeavors – A young company active on Facebook.

The goal was to grow their fan base and increase subscribers to their email list.

The plan was to engage the Facebook Fans, Twitter followers, and email subscribers to encourage their friends and family to Like the Romantic Endeavors’ Facebook Page, and to attract new fans that new group of fans as well.  A desired snowball effect.

Sign-up was very easy and inexpensive — Less than $40.00 for about a month’s time of service!

Groovy features that lit my fire:

At the end of the promotion, Romantic Endeavors was quite pleased!  Results:

Due to Facebook’s promotion guidelines, notifying our winner took a bit longer than we had hoped, but the Victoria’s Secret gift card went to a wonderful person.  See who won here.

Would I use Wildfire App again?  Yes!

Why?  Ease of use and good results.  Also the ability to utilize branding features that may bring greater results in the future.

Have you used Wildfire App?

Have you used other third party applications?

Tell me your experiences below!