In early 2011, I asked the question, “Do Ohio Elected Officials Kick Social Media Butt?”  I extended an open invitation to all Ohio political candidates on the ballot for the November 2011 election to submit a guest post to help citizens become aware of their platform.  That original post inspired a series of informational posts.  This is the thirteenth in the series on how Ohio Political Candidates can ROCK Their Social Media.

For those finding this post first, here are the first twelve ways:

What’s the icing on the cupcakes of this bakers’ dozen?? 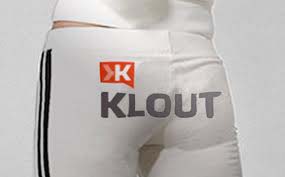 I may have stated this in a previous post in this series:

Social influence accrues like interest in a bank – Over time, and with consistent nurturing.

Klout is known as, “The Standard for Influence.”

The Klout score measures your overall online influence.  Scores range from 1 to 100 — higher scores represent a wider and stronger sphere of influence.  Lady Gaga has a score of 94.

Klout measures the following relative to your personal social interaction:

Why should you care about Klout?

Zachary Sniderman of Mashable put it this way in his recent article:

“Online influence is the golden fleece for politicians. Control of the digital world is becoming just as important as control of the offline world.”

{The same group that oversees availability and reliability of telecom services in the U.S}

Lets bring it back to Ohio, shall we?

It seemed simplest to explore incumbents that impacted my location as well as the State of Ohio:

What to do with all that?

It would be unfair not to practice what I preach.  So I took a look at my Klout score.  And the elected officials listed above.

Note: Klout did not recognize Cliff Rosenberger or David Daniels, so I was unable to include information about them.

Below is a comparison of Ohio Incumbent Klout scores and related information: 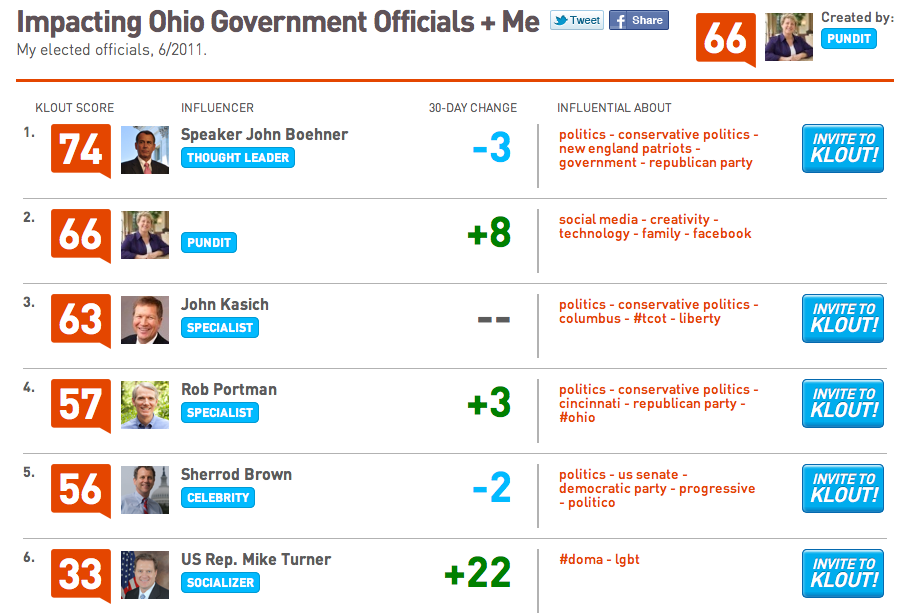 Above you can see how our elected officials stack up online.

The blue “invite” button seems to imply that individual is not utilizing Klout in their social media strategy, as it was not present on President Obama’s analysis.

Notice the score, influencer classification, and what each is influential about.

The latter is important when considering measurement of success of social media campaigns and how a social media manager might adjust their topics of discussion.

For instance, I’d prefer to be known more for marketing than technology, so I might shift my conversation, and those I engage, to marketing topics.

Other classifications include Conversationalist, Feeder, Broadcaster, Networker, and other.

It’s All About Style!

Klout also lets you see how you relate with those who influence you, and those you influence.  It’s actually quite interesting to see yourself on the chart and compare styles with others in your social network!

The chart below lets you compare Klout style for the Ohioans and Ohio impacters listed above: 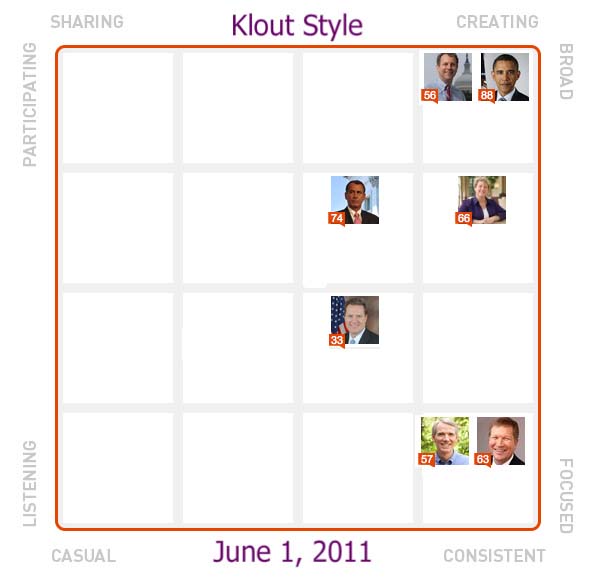 Analytics information is available on Klout – and with other measurement tools – but not mentioned here.

How do you ROCK your Klout?

By being social with your media.  Engage and converse.  Create compelling content.

How does a political candidate use the information above?

Get going on social media, log in to Klout and start monitoring and comparing.

If you are watching, and analyzing (with Klout and other measurement tools) you can engage and adjust, and accrue great social influence!

What questions do you have about Klout?

Will you use Klout in your social media strategy?

Please let me know your questions and comments in the box, or share via one of the options below! 🙂

** This is meant to be the final post in the series.  A follow-up summary next week will serve as a collective wrap-up. **