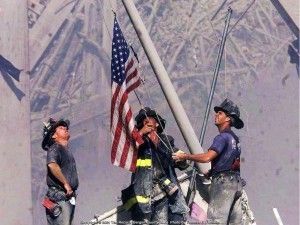 Where were you when terrorists brought down the World Trade Center in New York City on September 11, 2001?

I had just dropped my daughter off at school for 2nd grade. On my way out of the parking lot, my husband called to tell me I should turn on the news when I got home – something about a plane crashing into a building. He was at work, and could not get any other details. At first, thinking it was a nutty error without much aftermath.

I drove immediately home, turned on the TV, and watched a re-play. At that moment, the images were not flaming or terrible.

So, I called my husband to catch him up, and as I was talking with him, the second plane crashed into the tower. It was then the fire and smoke was visible on television.  I was describing it LIVE.  Development by development.  Frame by frame, almost.

While we were taken aback by those horrific acts, we were also commenting about how it was amazing we had such detailed, up to the minute news – enhancing, if you will, communication.  Advanced technology to broadcast.

The Personal & The Official

In 2001, my family and I were already living in our current Ohio location.  Our immediate families were located in Arizona, Michigan, and Washington, DC.  My father was due to head into Detroit for a meeting, and news stations were warning that if at all possible, people should stay out of major city areas, and to exit tall buildings.

My brother-in-law had once run the communications for the Joint Chiefs of Staff.   That day he was in an off-site training – away from the Pentagon.  He told us later how he saw the notice on his computer monitor that the first plane hit Tower 1 and thought to himself, “What doofus did that??”  When minutes later the second notice flashed, he immediately stood up and headed to his assigned secure location.

My husband and I remember that it was at least two full days before we heard he was okay.

Also at that time, I worked with international students.  I was responsible for 25+ high schoolers staying in my region with American families. In a very short period of time, natural parents were calling frantically from overseas to find out if their kids were okay.

Rewind technology ten years…  For some of our partnering countries, it was hard for natural families to tell immediately just how far Ohio is from New York and Washington, DC, and just how their children would or would not be impacted by the tragic events.  Pennsylvania wasn’t so far – Flight 93 actually entered Ohio air space, from what we were being told via newscasts.

It turns out the students really were not in harm’s way.  At least they were not affected directly.

Back then, our Spanish exchange student, Monika, shared her experiences with terrorism – more minor attempts were often in the news in Spain.  Even now, I have to wonder what she was thinking.  For days, Americans were fixed on the news and the televised replays of the Twin Towers coming down.  Our household was no different.

In 2001, email was pretty popular – most in my circles were using it.  Social media did not have a name yet.  News groups were active, as well as online forums  like Yahoo or MSN Groups.  Some used Yahoo or AOL instant messengers, or similar.

It was certainly an earth-changing moment!  Who wasn’t affected?

In years following, countries worked on this world issue together…or not.  Wars have been fought – some still not over.  Armed forces and service men and women still deployed.  Governments have been formed, unformed, and altered.

Each year, most stop to remember and connect with those they hold dear, if they can.

Earlier this year, I was fortunate enough to hear from Michael Hingson who escaped from the 78th Floor of Tower 1 of the World Trade Center with his guide dog, Roselle.  His story was unexpectedly moving.  I was amazed at how he and Roselle worked as a team even to help others through chaos on September 11, 2001.  They used personal communication and instinct.

A few months later, media announced that Osama bin Laden had been found in Pakistan.  Immediately, I turned on my major news feed source – Twitter – to get up-to-the-minute feedback.

I was stunned that social media had advanced enough to allow live, personal accounts of Osama bin Laden’s capture and the events of his death!

The United States of America, and many people in this world, remember 9/11 today.

My friend Jen Olney of Ginger Consulting shared her thoughts about September 11th.  In her words, “Each moment, there was connection…the first responders, firefighters, police officers who raced to the events in each location that day put their lives on the line for their fellow man.”  Connection.

We have exchanged experiences.  I shared with her that the events of 9/11 inspired me to found and develop my company, Culturally Connected, LLC.

Interestingly enough, Jen and I met on Twitter.  We are fortunate, and have formed a relationship where we collaborate in promoting each others’ projects.  Our group of professionals includes eighteen others that have met through social media.

“In the end of the day, I believe what was intended to destroy us, only made us stronger and each day we continued to be united in that commitment. We stood up to those who sought to take away our spirit and embodied the testament that our human spirit cannot be broken, it is remarkable.” ~Jen Olney

I agree with Jen.  She said it well!

Today, I’ll go with my family to a public ceremony to remember and commemorate.  An event where every county across the country will participate, inviting their citizens to gather together in strength and spirit.

“Every Who down in Whoville, the tall and the small, was singing, without *any* presents at all!”

In How The Grinch Stole Christmas!, that snarly green Grinch planned to steal away Christmas Day, and the pleasure of sharing, caring, and celebration that made everyone happy. 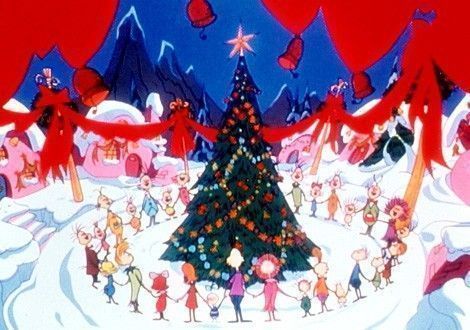 Similarly, on September 11, 2001, cowardly radicals attempted to threaten our freedom and steal our spirit.  But instead, our people were inspired and strengthened!

Today, is like our collective Christmas Day to gather in the community square and respectfully acknowledge our perseverance.

Will you capture a ceremonial performance on video and put it on YouTube?

Will you connect or re-connect with colleagues on LinkedIn?

Will you blog about your thoughts and experiences for others to read and share later?

Will you hangout and chat with friends near and far on Google+?

How will you remember?

How will you connect?

How will you never forget??