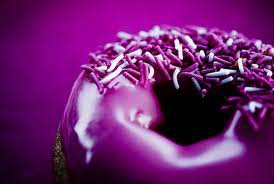 Did you know that National Donut Day began as a fundraiser for the Chicago Salvation Army in 1938?

Their goal was to help the needy during the Great Depression, and to honor the Salvation Army female volunteers of World War I, who served doughnuts to soldiers behind the front lines.

Now, it is held annually on the first Friday of June.

So, how can you make the most of this delicious occasion?

The Buttermilk Truck is incognito this week – The Geffen Playhouse has been promoting their current production of, “Superior Donuts,” written by Pulitzer Prize and Tony Award winner Tracy Letts.

To celebrate, the truck will be parked in front of the Geffen Playhouse in Westwood, near Los Angeles, from 11:30 am to 2:00 pm.  Stars of the cast will be serving customers during lunch — Look for Gary Cole and  Edi Gathegi.

Everyone loves a little sweet treat!  Especially when it’s……..FREE!

Both Dunkin’ Donuts and Krispy Kreme are making the most of this holiday and treating their customers by being kind to their wallets.  Both are promoting heavily on Facebook.

In Denver, Colorado, LaMar’s Donuts is also offering on free doughnut per person.  To add to their generosity, they are offering the opportunity for patrons to donate the cost of a doughtnut (or more) to Make-A-Wish Foundation – a non-profit offering support to children with life-threatening illnesses.

The foundation is also located in Denver.  The two organizations are natural partners, “because ‘while on a much simpler level, donuts, like wishes, bring people happiness.’”

Supposedly, the 2nd place winner of of 2011’s Dancing With The Stars is finished with her 21-year old hunky dance partner.  Something about how he didn’t understand hula hoops or silly putty.

Click here to find out what Fast Company claims is the world’s favorite doughnut flavor.

Care to gander a guess??

They got a lot of people into this delicious mess!  The country hosts 3200 doughnut stores nationwide, making it the “doughnut capital of the world.”

7. Do It Buckeye Style

For these gentleman, every day is Donut Day:

Did you know that back to 1917 donuts were made in steel helmets to serve homesick soldiers stationed in France?

What mouth-watering ways to celebrate are not on this list?

Tell me YOUR favorite flavor below…

NOTE: This post was edited June 6, 2014 – Discounts or specials mentioned within the text may vary from the original text.