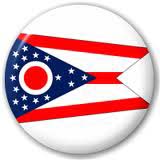 My husband, Rob Jaehnig, is a City Councilman for the 4th Ward in Wilmington, Ohio.

It is ironic that the first legislation Rob voted on was the annex of the Wilmington Air Park, where DHL once had their US operation hub.  It was only months later that DHL announced their pullout, and life in Wilmington and Clinton County, Ohio would change…profoundly.

There For Your Community

As an Ohio elected official, Rob felt that the focus should be on positive change in the local environment.  He focused on reaching out via a personal Facebook profile, face-to-face interaction, and a lot of volunteer effort.

To date, Rob Jaehnig seems to be accepted by his constituents, and they feel comfortable approaching him about issues and ideas about community improvement and economic re-development.

A Positive Word For Wilmington

Now that the Wilmington Air Park is administered by the Clinton County Port Authority, we’ve turned a corner and can take economic re-development in a focused direction.

This affords Rob Jaehnig an opportunity to create an official Facebook Page – and his niche in social media – to better engage and serve his community!  Locals can look forward to “A Positive Word For Wilmington,” there exclusively each evening. 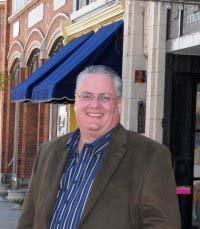 As a social media consultant, a few months ago I researched what other Ohio elected officials were doing with their social media.  In short – I was less than impressed!

For some, their social media was more a station for broadcasting rather than a vehicle to encourage two-way communication.  Others easily offered citizens an opportunity to donate to their political campaigns, but nowhere on their page did I see the friendly words, “Welcome,” or “Thank you.”

Let me make it clear — As an Ohio elected official, Speaker John Boehner’s social media is good to go.  I genuinely think Mr. Boehner is pretty groovy and his online presence represents him well.

Rob Jaehnig is on the ballot for November’s election, and will be enhancing his social media presence.  His talented social media consultant is ready to go!  😉

Beginning next week, each Wednesday we’ll take a look at more than a dozen ways Ohio Political Candidates can ROCK their social media — so stay tuned!  (If you’re an Ohio political candidate, you may want to subscribe to this RSS Feed).

It is my opinion that well-meaning elected officials are as transparent as possible and make information available to their community members.

Those that know me well can attest that I’m a pretty community-minded individual.

That said, Ohio political candidates are going to have to earn my vote come November 2011. And I’m convinced I’m not alone here!

In effort to champion the flow of information, and to support my local and Ohio community, I am offering those on the November 2011 ballot an opportunity…

Have you been looking for outlets to spread your message?

In addition to archived availability here, my blog is syndicated to my LinkedIn, Twitter, and Facebook following.  My website link is also available on other social networks where I am active.

So, an additional audience where Ohio political candidates can engage!

Those on the ballot for the November 2011 election can contact me to arrange their spot.

How do you think our Ohio elected officials are doing with their social media?

What suggestions can you offer?

Are there specific topics that you want me to cover in the Wednesday posts?

Leave your comments or questions below!