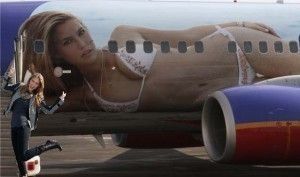 In the current economic conditions, most people are being frugal and  cutting corners where they can.  You can even sign up for notifications on when your favorite companies are offering coupons or discounts!

So, when someone you know, like, and trust passes you a link for a great travel deal, you check it out, right??

I did just that yesterday when a relative posted a link on my Facebook wall: “Southwest is giving away free flights, but only for a limited time,” with a link to click.

Before you inwardly jump up and down with excitement and race toward to get on the plane, consider the following:

So I clicked the link.

I was led to a page with an authentic-looking Southwest logo, and up popped the “Facebook connect” box which gives me the option of allowing or denying the connection.  I allowed it, as it appeared at first, to be a legitimate  request to initiate a promotion offered through the company on Facebook.  Southwest Airlines is a trusted company, so it seemed like a good decision.

I clicked the word link, and was led back to my Facebook profile.

There, I saw evidence of the same link I supposedly posted on several my friends’ Facebook profiles:

How did remedy this?

This seemed to take care of the situation in my Facebook environment, and I have not seen additional links made in my circle of connections.

Was it a computer virus?

Do I hold anything against Southwest Airlines? No.

Moral of the story: It’s usually to good to be true.

Another moral of the story: Bar Rafaeli looks great on a jet!!

Has anyone experienced something similar on Facebook?  What did you do?  Are there steps I missed that you recommend?

Leave your comments below to help our Facebook friends!  🙂