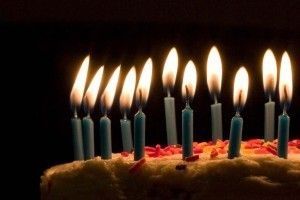 Who are we singing to?

Not the guy from Good Day Atlanta.

Not the wedding photographer from Denver.

Nor the PGA golfer.

This Mark isn’t a biochemistry professor.

And, while if Mark looks good, you look good – he isn’t on the Vidal Sassoon team.

We’re singing to the very special:

Confession 1: I’m a half-time, sporadically proficient musician.  A flutist.  Influenced by a wonderful musician who really rocks!  These days, my flute cries in the corner, guilting me each time I walk by.  But growing up I played and practiced like a maniac, and even toured and performed with an historical re-creation band.  I was also a dancer.  So, my focus had been Solo & Ensemble pieces, Souza marches, and stuff Dick Clark would give an 80 or above because it had a groovy beat.

Confession 2: I’ve not considered myself an overly religious person.  In fact, when I walk into a church, I’m pretty sure I hear pews rumbling and lightening striking.  Calling on my work with international youth, my favorite church hymn is, “Let There Be Peace On Earth.” For me, it’s like the Coca-Cola Classic of songs.

So – out of the closet – I wasn’t “Mark Hayes” savvy.  Though I had heard and sung some of his work….I didn’t know it.  {Musical friends, insert your “tsk, tsk” here}.

When I first really heard of Mark Hayes, I was forming a company with a couple of friends to put together audience-centric events.  We all had music and performance backgrounds, and wished to bring a new flavor of jaw-dropping experiences to audiences through music.  At the same time, we were also working toward strengthening our struggling community of Wilmington, Ohio. 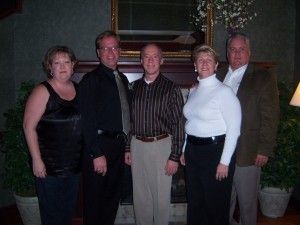 Once we were all on the same page, laid the ground work for One Voice Mass Choir, we called Mark.  And he took our call!

Getting In Tune With Mark Hayes

We found Mark quite approachable, cooperative, and interested in our proposed project.  When Wilmington, Ohio was featured on 60 Minutes, he even watched to know more about our town.

When he visited a nearby area for a concert event, he agreed to meet with us and discuss One Voice Mass Choir in person.  In a coffee shop so I could get my latte fix, no less!  A bit star-struck we were.

But Mark is incredibly friendly.  His smile is bright, his spirit is warm, and he is genuinely real.  He answered every question we asked with a smile.  Mark was willing to pose for a group photo with us – check it out: (From left to right) Connie Abirached, Timothy Larrick, Mark Hayes, Keri Jaehnig, Rob Jaehnig.

Since the picture above was taken, we have gone through a few attempts of re-configuration of the One Voice Mass Choir event.  Along the way he has been patient, willing to work through some pitfalls, and hospitable at every turn.

Bonus for me: I learned Mark is an open-minded individual with a good sense of humor that likes the music of Michael Buble’.  I’ve considered it a real privilege to communicate with him! 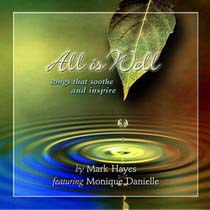 After over 30 years, 700+ published original compositions, and a Dove Award, Mark Hayes released his first CD of original vocal songs,“All Is Well,” in June, 2010.  And it’s stellar! I’m particularly fond of Namaste’. Ya gotta hear it – listen to several clips!

Even better, Mark will be conducting the world premiere of his new work for chorus and orchestra, “The American Spirit” at Lincoln Center in New York City coming up in May!

The Key of Modest

A guy with Mark Hayes’ credentials and real-time following – you expect he’d have the full tricked-out portfolio of online portals.  But it’s actually that his followers know where to find him.

Now, he’s got an updated website — with myriads of options for fans to engage with his work!   And look what he’s been hiding…

Get to know Mark:

Mark Hayes is a terrific person, an amazing artist, and in the midst of fabulous achievement!

Get out your party hats and confetti — He deserves a celebration with a grand piano birthday cake, doesn’t he!!?? 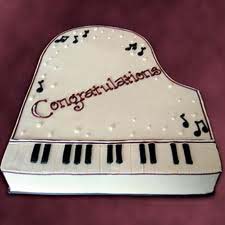 Are you a Mark Hayes Fan?

Are there comments of tribute that I did not mention above?

How will you help me celebrate Mark’s birthday this year??

Please share your thoughts and experiences in the box below! 🙂