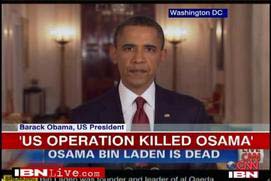 It was already after midnight this morning when I heard the news, “Osama bin Laden Dead.”

President Obama had already given his announcement, and news channels were on to reactions and follow-ups.

This profound headline took a few minutes to sink in.

A good handful of my friends had already tweeted about it, and #hashtags, “#OBL,” and “#osama,” were already trending.  Others hashtags were also being used.

Checking in on Facebook, many friends had already posted about the news of Osama bin Laden’s death in their status updates.  A lot of happy cheers and triumphant reactions!

Feeling a bit behind in the game, I immediately posted to my Facebook profile the question:

“FOR THOSE STILL AWAKE: How are you feeling about the news of Osama Bin Laden’s death in Pakistan?” It was probably 1:00am ET by then, and very quickly a dozen posts were made in conversation.

Listening To The Masses

One fellow tweeter shared the link to the New York Times story of how the Bin Laden Announcement leaked out.

I follow Jessey Stay (@jesse) whose Twitter stream always drips with juicy stuff.  But this morning he’s alerted me to a couple of groovy treasures: 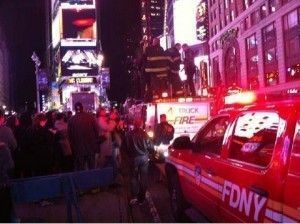 Because our friend in Abbottabad was tweeting, some of the pieces of the puzzle are revealed!!

As the television continued to report – Americans have been flocking to Times Square in New York City, to the White House in Washington, DC, and even in Boston there has been news of people gathering together.

It’s no surprise to me the picture to the right was tweeted by out.  @KirkSNY helped us see “FDNY firefighters in Times Square celebrating Osama Bin Laden’s death.”

Here’s the link with a collection of pictures where even celebrity tweets are featured, along with video of the groups gathering in NYC & DC.

While I have been monitoring my social media, I’ve also been watching Fox News.  By 3:30am the top 20 Google trends were of President Obama’s announcement of Osama bin Laden’s death, the US Navy Seal Operation, the 9/11 attacks, Ground Zero, and those reporting on that news.

By 3:30am Fox News had announced that Osama bin Laden’s body had been handled according to muslim tradition, and already buried at sea.

At just before 6:00am, the Google trends haven’t changed much.

In actuality, 24 Navy Seals landed at Osama bin Laden’s compound, offered him an opportunity to surrender – Osama turned it down.  America’s most wanted terrorist was shot in the head; The CIA still yet to release photos.  Osama bin Laden’s 24 year old son, two other men, and Osama’s youngest wife were also killed.  I am disturbed that reports indicate the female was used as a human shield.

Seven of the top ten trends are related to this news headline.

What did I miss?

I’d love to see your thoughts in the comment box!