Do you think Western societies have the corner on the mobile app market?  Think again!  Guest author, David Smith, shares what American companies can learn from China’s mobile app ecosystem…

In only a short time, we have witnessed the phenomenal growth of the internet; changing the world as we know it. Technology has evolved incredibly, and systems once readily used are becoming obsolete as this generation is able to connect anywhere at any time, using mobile devices.

Mobile phones have integrated just about everything we wanted in our personal computers into a one-size fits all device, placing us on the brink of a new frontier, leading us to who knows where.  Clearly, mobile tech is a big part of our future, yet there is a lot that American companies can learn from the Chinese mobile app ecosystem to help developers take us into an exciting unknown.

After working in the manufacturing industry in Shenzhen, China for over a decade, these are my observations…

What Is the World’s Largest Smart Phone Market? 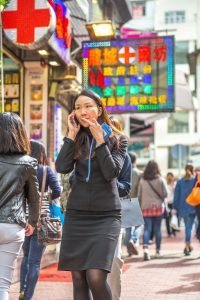 According to the TNW, China is the largest smart phone market in the world.

Should that be surprising?

Usually, it’s all about the Western market when we talk about global trends in the IT industry. The general opinion seems to be that China has a reputation for being a copy-paste version in terms of new technology; especially regarding the mobile app industry which started and grew in America and Europe.

Although many people view China this way, the assumption is false.  Today, China has a unique approach when it comes to mobile apps — It’s quite the opposite of being a copycat. In fact, their mobile app industry now has its own ecosystem to which Western companies should catch up.

What Is the Difference Between China and the West in Terms of Mobile App Ecosystem?

In Europe and America, mobile apps represent distinctive and respective features. For instance, there are mobile apps specifically to manage productivity while others bring entertainment to users. Almost every aspect of life is now in the form of a mobile app which you can download from platforms such as Apple Store or Google Play.

A completely different approach is true in China’s mobile app ecosystem, where each app tends to do everything.

The Case of WeChat in China’s mobile app ecosystem

Have you ever heard of an app called WeChat? 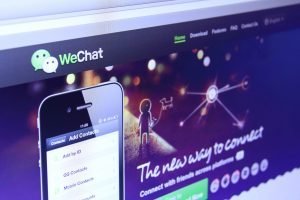 It is one of the most popular platforms in China, and it is not an app as much as it’s a smart platform. WeChat was introduced as a messaging platform similar to Skype that enables its users to communicate.

Eventually, it developed from being a just a simple messenger into a micro-blogging platform like Twitter.  In turn, WeChat China users get their own WeChat news feed to read news on WeChat.

WeChat also introduced several features such as game forums and game apps. When the company launched several apps, users tried to find ways to pay for these, prompting the development of its own payment gateway to accommodate its growing number of buyers. Today, WeChat is also an app store like Apple Store and Google Play.

The case of WeChat is just one example, but it mirrors the whole mobile app industry throughout the country. In other words, almost all mobile apps in China are the same in terms of their evolution.

You cannot compare Skype with WeChat. PayPal may also have its own app, but it’s still far from being comparable with WeChat. In the West, mobile apps are created independently to connect and integrate with other apps. In China, an app is created to create a super app like WeChat, 360 Market, and 91 Wireless.

What American Companies Should Learn from China’s Mobile App Ecosystem

There is no question China has become the largest smart phone app market in the world. Every mobile app that exists in China offers not just one feature but a collection of features, making each app seem like a collection of apps in American terms.

Facebook can be termed the closest example to China’s mobile app model, but there is still a big difference. American companies should consider not focusing on one niche and begin to create one-stop-shops of everything users want.

China is no longer behind in the mobile app industry.

Many Chinese companies are now starting to obtain stakes in big American mobile app companies. It’s just a matter of time for Chinese mobile app companies to start dominating the global mobile app market. American developers need to catch up with this upward curve, so they won’t be left behind in technology’s constant progression. 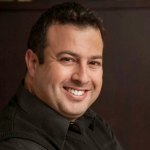 David Smith is a blogger and world traveler, with experience in China’s manufacturing industry, as well as social media marketing in his hometown of Los Angeles, California.  Connect with David on LinkedIn.